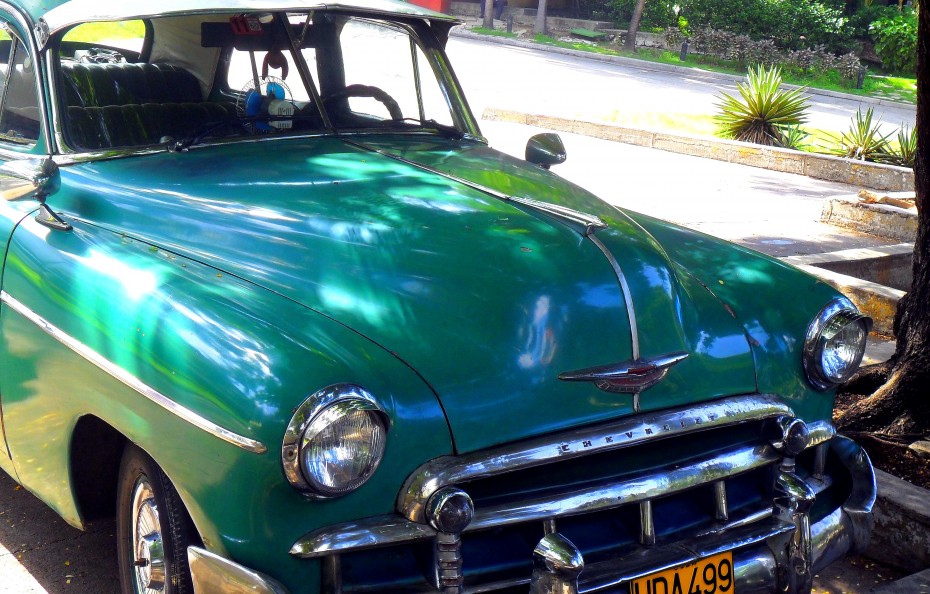 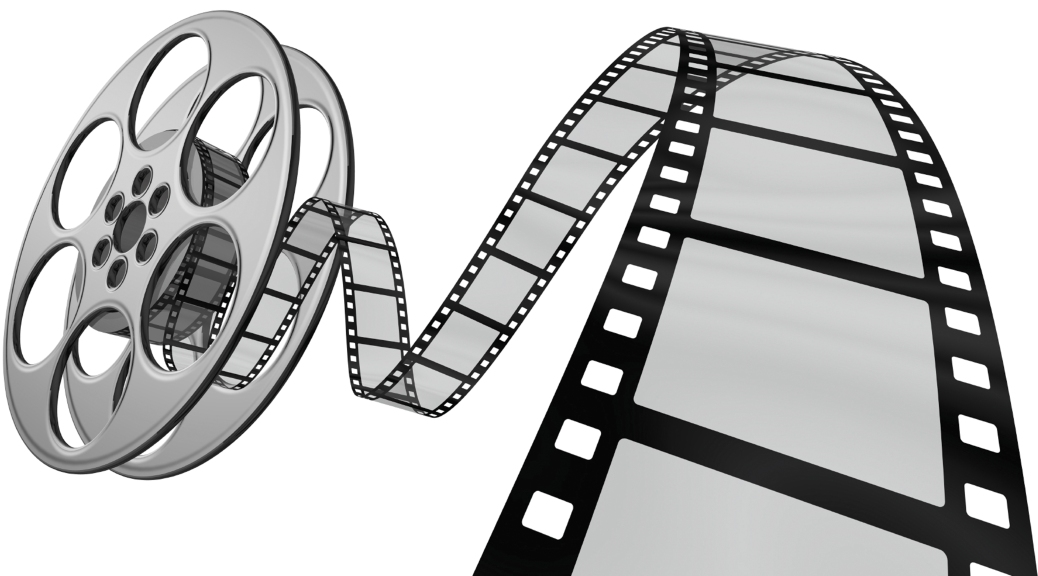 Films featured: POETRY IS AN ISLAND, DEREK WALCOTT; COME WITH IT, BLACK MAN: A BIOGRAPHY OF BLACK STALIN’S CONSCIOUSNESS; YURUMEIN (Homeland);ABO SO (Only You); TULA: THE REVOLT; CRISTO REY; KINGSTON PARADISE;WOMANISH WAYS, FREEDOM, HUMAN RIGHTS & DEMOCRACY: THE WOMEN’S SUFFRAGE MOVEMENT IN THE BAHAMAS 1948-1962; THE STUART HALL PROJECT; FORWARD EVER: THE KILLING OF A REVOLUTION; RESILIENT HEARTS; BLACK AND CUBA

As a poet, playwright, painter and even filmmaker, Derek Walcott has been hymning the Caribbean for more than 60 years. This rousing documentary reveals an intimate portrait of the Nobel Prize winning Walcott, as it visits his art studio, his childhood home and his current residence on his beloved native island of St. Lucia. Discover the anger and frustration that the poet holds against the downtime of the arts as he speaks frankly about the meaning of poetry to him personally, and about the significance of art for humanity. Most importantly, this documentary is a celebration of the greatest gift Walcott has given the world: his poetry.

COME WITH IT, BLACK MAN: A BIOGRAPHY OF BLACK STALIN’S CONSCIOUSNESS

“I always have my ears on the ground-level…I just take it from you and bring it back to you…” This independent feature-length documentary digs deep into the consciousness of the Black Man himself, legendary calypsonian Dr. Leroy Calliste, better known as Black Stalin. Featuring the big man’s music and performances as well as interviews with Trinidad’s top entertainment and academic names: Kees, David Rudder, JW and Blaze, Nadia Batson, Dr. Roy Cape, Denyse Plummer and Dr. Patricia Bishop.

This powerful documentary recounts the painful past of the Caribs on St. Vincent and the extermination of scores of their ancestors at the hands of the British, while building an intimate portrait of Garifuna culture in-transition today. It presents firsthand accounts from both Carib descendants who remain on the island of St. Vincent and voices of returning descendants whose ancestors were exiled to Central America—where Garifuna traditional culture was able to survive and flourish. As Garifuna from around the world come together to remember and celebrate the lives and resilience of their shared ancestors, they also begin to discover possibility and hope for the future of Garifuna culture and a greater worldwide community.

ABO SO (Only You)

This musical tells the story of Tatiana (Raphaela Mahadeo), an intelligent, conservative young woman who moves with her mother and brother to their aunt’s house in the neighborhood known as Seroe Patrishi. There, she meets Santiago (Miguel Genser), a quirky young man of Latin origin, who can’t take Tatiana’s diva attitude. Yet secrets are revealed. They discover compassion for one another, out of which a beautiful love grows. This almost impossible love will test them both. Featuring the songs of legendary Aruban musician Padu del Caribe. Official Selection, 2013 Trinidad and Tobago Film Festival; 2014 Curaçao International Film Festival Rotterdam.

Based on the true story of the slave uprising in 18th-century Curacao, this epic drama follows the enslaved Tula, who led his colleagues in revolt. Upon hearing of the emancipation of the slaves in Haiti, Tula decides that he needs to take charge to change the situation in Curacao. While his pleas for freedom go ignored by his masters, Tula finds support among his fellow slaves, and they decide to strike. Dutch troops quickly arrive at the plantation, and though Tula dreams of a peaceful agreement, he soon finds out that he has no option but fight with the other enslaved people for freedom, equality and brotherhood. Starring Danny Glover, Obi Abilli and Natalie Simpson.

The universal legend of Romeo and Juliet provides a compelling framework for Dominican director Leticia Tonos to explore the recent escalation in historic tensions between the Dominican Republic and Haiti. Janvier, a mixed-race Haitian-Dominican teenager, maintains an uneasy presence in crime-plagued Cristo Rey, a slum barrio of Santo Domingo that he calls home. When he gets the chance to make some extra cash by protecting the beautiful Jocelyn, the young sister of Cristo Rey’s controlling drug kingpin, he takes it, hoping to be able to reunite with his deported Haitian mother. But when he becomes romantically involved with Jocelyn, the tensions rumbling below the surface erupt. (Note courtesy Miami International Film Festival). Official Selection, 2013 Toronto Film Festival.

“Your choices matter first of all.” Rocksy (popular Jamaican entertainer Christopher “Johnny” Daley), a small-time hustler, journeys into chaos to steal a car while his lady friend Rosie (Camille Small) hangs a watercolor painting in their modest room and dreams of peace. The fight to survive their broken dreams and aspirations compels them to commit a crime that changes their lives forever. Shot on the streets of Kingston where poverty, beauty and desperation collide, this Jamaican story transcends its island locale to become a universal story of people whose poverty seems to trap them in a life where reckless acts appear the only road to an elusive better life. Winner, Best Diaspora Feature, 2014 African Movie Academy Awards.

Exploring the riveting story of the women’s suffrage movement in the Bahamas, this documentary focuses on five of the central figures in the movement. In their singular “womanish ways,” these women worked tirelessly to redress discrimination and to advance and expand the cause of democracy in the Bahamas. Through archive footage and interviews with the women and men who stood shoulder-to-shoulder with the founders of the movement, filmmaker Marion Bethel sheds light on this important period in Bahamian history.

Born and raised in Kingston, Stuart Hall is one of the most influential and esteemed cultural theorists of his generation. A thinker and commentator, he is one of the intellectual giants of the last sixty years. Ghanaian filmmaker John Akomfrah’s sweeping and majestic feature length documentary takes the viewer on a roller coaster ride through the upheavals, struggles and turning points that made the 20th century the most important period of global political change to date. The story is told through the ideas of Stuart Hall and heard through the sonic landscape of the music of Miles Davis. Official Selection, 2013 Sundance Film Festival.

FORWARD EVER: THE KILLING OF A REVOLUTION

The invasion of Grenada by U.S. forces in 1983 echoed around the world and put an end to a unique experiment in Caribbean politics. What were the circumstances that led to this extraordinary chain of events? This comprehensive, gripping and revealing documentary tells the story of the Grenada revolution as never before. The film features extensive, previously unseen file footage, as well as old and new interviews with many of the key players of the time. Award-winning filmmaker and Caribbean film scholar Bruce Paddington has crafted a landmark documentary that aims to educate and continue the process of healing and reconciliation in the region. Official Selection, 2013 Trinidad and Tobago Film Festival.

This documentary was inspired by the catastrophic earthquake that hit Haiti on January 12, 2010, and left the country and its people devastated. Directed and written by Haitian-American actress Claudine Oriol, who left Port-au-Prince one hour before the earthquake, the film unfolds through the eyes, lives and spirit of the Haitian people, giving voice to the voiceless. Through a variety of narratives, Oriol sheds light on Haiti’s unique and rich history, conveys the resiliency of the Haitian spirit and shows the strength and power of a community united. Filmed entirely in Haitian-Creole (with English subtitles), this project is an ode not only to Claudine’s fellow Haitians, but to the international community and everyone impacted by this natural disaster.

This edgy and artful documentary follows a group of predominantly black, street-smart students at Yale, who feel like outcasts at the elite Ivy League university, as they band together and adventure to Cuba to see if revolution is truly possible. While filming their poignant encounters with AfroCuban youth, breathtaking sites and moving hip-hop performances, the travelers confront realities behind myths of color-blindness and social mobility. This chronicle of their journey uncovers renewed hope for equality and human rights. The film is the feature directorial debut of Dr. Robin J. Hayes, international human rights advocate and scholar. Official Selection, 2014 Pan African Film Festival. 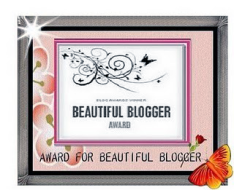